You’re Telling Me NOT To Learn Received Pronunciation or General American Pronunciation? Here’s What I Think! 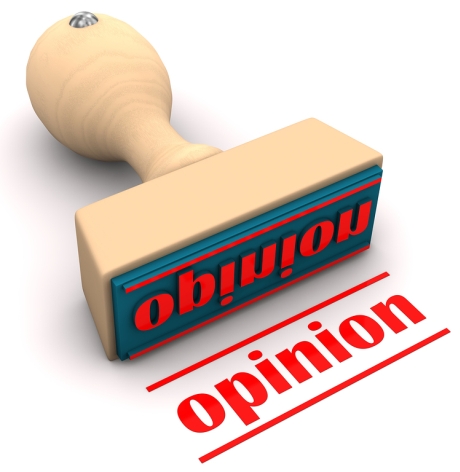 In this article I’m going to reveal my honest opinion on all those “well-intentioned” pieces of advice shared by a lot of English language teachers on YouTube where they tell foreign English speakers not to learn this or that particular English language accent.

The reason for writing this article is a video I watched a few days ago where some English teacher of British origin is providing a thorough explanation on why the classic Received Pronunciation is almost dead in the modern day England and why you as a foreigner shouldn’t learn this particular English accent.

Fair enough, her representation of the different facts and realities of life makes quite a compelling argument if she wants to prove that RP as we know it is used less in modern times and its importance in determining a person’s status in society has almost disappeared.

At the same time I completely fail to see why foreign English speakers such as you or me shouldn’t choose RP as the basic pronunciation guideline if we aspire to speak like British English speakers but instead we should aim for something more popular such as the Estuary accent, for example.

For me it sounds the same as if you were to tell me that the Algebra course I’m doing isn’t going to do me any good if I want to become a decent engender; applied Mathematics is the only way to go and anything else just doesn’t cut it!

In reality no matter how you look at it, solving mathematical problems require a thorough understanding of different basic principles and formulae which all forms a solid background to build your knowledge and expertise upon, so unless you have a good grasp of it all you’re not going to be any good at either of Algebra or Applied Mathematics.

The very same way the main principles of the Received Pronunciation, for example, provide you with all you need to speak like a British English speaker.

Omitting ‘R’s, omitting vowels and pronouncing the ‘O’ sound a specific way – all these are characteristics not only of a typical RP speaker but of most British English speakers regardless of the specific accent they’re speaking with.

The point I’m trying to make here is quite simple and straightforward.

We can talk all we want about merits and drawbacks of specific accents and ways of pronouncing the English language within a larger geographic area (Britain, America, Australia and so on); however, as far as the average non-native English speaking accent learner is concerned, the widely accepted standard pronunciation systems – RP being one of them – provide them with all the necessary pronunciation patterns.

Personally I’m not too concerned about specifics and minute details.

If someone thinks my RP intonation sounds too posh and arrogant – I can change it within a matter of seconds!

If you think North London pronunciation is the one I should go for – no problem! I’ll simply stop pronouncing my ‘T’s in a distinct way and I’ll start pronouncing my ‘TH’s as ‘F’s – and I’m halfway there!

Basically no matter more regional British accent I’m going to resemble, I still have to abide by the same general guidelines and I don’t really care what you call it – RP, British accent or whatever 😀 It’s just that I have to use some description to refer to the English language used in England as opposed to its American counterpart, and RP is a handy way of referring to it.

Speaking of American English, it’s all the same.

We can go very deep into the very semantics of the term ‘General American Pronunciation’, and I don’t doubt for a minute that a lot of people will argue such an accent doesn’t really exist because American English speakers speak differently depending on where exactly in the States they’re coming from.

And once again I have to remind everyone that the General American Pronunciation is merely a set of guidelines for foreigners like you or me to aim for; if we get it right after a lot of practicing and training our speech then I would call it a success no matter where exactly in the US you live or where exactly in the States our American conversations partners hail from.

For as long as you get around 80% of your target pronunciation right – you’re fine! 😉

Another thing that always amuses me when I’m hearing English teachers discussing merits of learning this or that particular English accent from a foreigner’s perspective is that they assume a foreigner will be able to learn that accent just like a native speaker.

When it comes to accent learning in real life, nothing could be further from the truth!

When I’m trying to sound like a native English speaker who speaks with the General American Pronunciation, I definitely don’t sound JUST like one.

I’ve been getting comments saying I sound part Canadian, part American, and on certain videos people have been commenting saying some New York accent can be heard in my speech.

When I practice my Received Pronunciation, I’ve also been told it’s not proper RP but a mix of different British accents, so it’s not as if you’re going to acquire the exact accent you’re aiming for ANYWAY!

For us, foreigners, the main English language accents such as RP or General American provide a set of guidelines to follow if we want to improve our pronunciation, and discussing whether one should go for RP, Cockney or Estuary accent is meaningless.

On most occasions a foreigner is going to be happy to improve their English pronunciation to a level where they can be recognized as speaking with a British pronunciation, and the finer details are really not that important.

Previous post: Why People Judge You Because of Your Foreign Accent YET Heavily Accented Native Speakers Get Away With It?