Why People Judge You Because of Your Foreign Accent YET Heavily Accented Native Speakers Get Away With It? 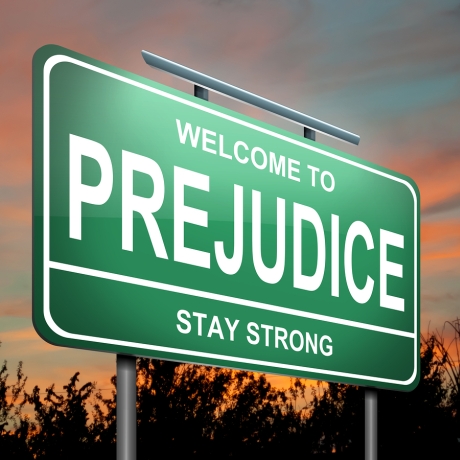 Have you ever thought about the fact that people often equate fluency to correct pronunciation?

I mean – if you speak with a near-native pronunciation, people will say:

Yeah, this guy is really fluent in English!

Yet, if you say the SAME EXACT sentence in accented English, it’s not generally perceived to represent a fluent English speaker’s speech…

To me, it doesn’t make any sense at all!

Just think about all those heavily accented regional English language accents from all over the world – the simple fact is, some of them are VERY difficult to understand.

I live in the Republic of Ireland, for example, and some banks and utility companies have located their customer support staff up in the Northern Ireland. Guess what happened when I rang one of those support lines a few years ago and got to speak with a native English speaker who was speaking with a heavy Northern Irish accent?

That’s right! I couldn’t understand ANYTHING ❗

Over the years I’ve gotten quite good at understanding Northerners, so it’s not a problem now; however, it hasn’t alleviated the sense of injustice at the slightest.

Why is it that when a native English speaker speaks with an accent, nobody would ever think of accusing them of not being fluent, yet foreigners are judged by their accents the whole time and many of us are thought to speak broken English while in reality it’s not the case?

If this unfair treatment is bugging you, I warmly suggest you read the rest of this article where I’ve tried to shed some light on the issue!

Logical fallacy is a wrong statement and it’s a result of combining two correct statements. The problem is – you can do it sometimes, but not always.

The problem here is the very definition of the first sentence. While generally speaking, birds can indeed fly, we have to be more specific than that when it comes to drawing logical conclusions.

“You speak with a strong foreign accent”

“You’re not a fluent English speaker!”

Again, the problem lies within the very definition of those statements, and we have to be more specific when defining fluency. Yes, it’s true that beginner English students possess strong foreign accents; however, haven’t we all heard of foreigners who speak with strong accents YET they’re 100% fluent English speakers?

I guess nobody would dispute that movie actors Antonio Banderas or Arnold Schwarzenegger, for example, aren’t fluent English speakers just because their speech is still accented!

Basically the logical fallacy lies within the fact that people generally tend to assume that just because on most occasions heavily accented foreign English speakers aren’t fluent, the opposite also holds true on 100% of occasions.

Can you blame the average Joe out there for judging you for your accent, however, if 9 foreigners out of 10 they’ve met in their lives have indeed NOT BEEN FLUENT SPEAKERS?

It brings us to the next reason:

That’s why the misconception exists, and the average native English speaker (or any other person, for that matter), doesn’t even analyze the whole thing in the very depth like I was doing in the previous sub-section of this article.

People in general are quite simplistic and biased in the way they go about making instant decisions about others, and I have to admit that I’m pretty much the same in so many ways.

We all have stereotypical views (no matter how hard you’re trying to deny it, we both know it’s true, isn’t that right?), and it’s not necessarily a bad thing; it merely illustrates how our brain operates and it’s actually an important part of our cognitive build-up.

Let’s say, for example, you’ve been bitten by a dog previously in your life and you’re encountering a massive Staffordshire Terrier while having a stroll along the beach. The dog’s owner is nowhere to be seen, so quite obviously your real life experience tells you that the dog is probably going to attack you.

It is a generalization; there’s no hard proof that the dog is just as ferocious as the one who attacked you 5 years ago – same way as you can’t really tell from the first couple of seconds of meeting a foreigner whether he or she is a fluent English speaker judging by their accent alone.

THE MOST LIKELY situation is, however, that the foreigner speaking with a hard accent isn’t as fluent as someone who speaks with a better pronunciation, so that’s what you ASSUME.

Yes, sometimes those assumptions are totally wrong, but we are living creatures and we wouldn’t be able to function properly if we didn’t have such mental mapping in our brain.

Call it a generalization, call it a bias, but it just exists for as long as we get to know that person better.

So, next time a native English speaking person makes assumptions about your level of English because of your accent, ask yourself the following question before you get too angry: “Am I not biased myself in other situations in life?”

And most importantly – ask yourself is it not only human to feel a subliminal dislike towards something that would be considered as out of ordinary?

Reason #3: Subliminal Dislike Towards Anything Out of Ordinary

If you’re a native English speaker and you’re used to hearing English speaking people speaking to you with a certain accent your entire life, it’s only natural that a foreigner speaking in English with a foreign accent would be an exemption rather than a rule.

Fair enough, nowadays native speakers should have gotten used to all sorts of odd things considering how freely people can move around the modern world; a foreign accent shouldn’t even merit a second glance!

At a deep emotional level, however, we modern humans are still very much like Neanderthals!

Back in the Stone Age any stranger was most likely an enemy with an intention to harm as, so I believe that our DNA is wired to make us suspicious of anything foreign and strange at subconscious level.

Don’t get me wrong please, I’m not trying to make some outrageous claims and say that all native English speakers plain hate all foreigners – that would be indeed a totally stupid thing to say.

All I’m saying is that there’s a TINY part of some deep-rooted dislike towards everything out of ordinary ingrained in us all, and in the case of a native English speaker hearing a foreigner speak in English, they’ll be friendlier disposed towards the foreign if he or she speaks with a more native-like accent.

Basically it’s about people liking something they recognize; to a native English speaker their own accent would evoke positive emotions, and that’s why they’d prefer to deal with foreigners who have eradicated their native accents.

Now, is it clear to you why most people will judge you because of your foreign accent?

Now that you know the reasons behind it, I hope you’ll have it easier to deal with the psychological pressure such judgmental and condescending attitude often brings along!

Next post: You’re Telling Me NOT To Learn Received Pronunciation or General American Pronunciation? Here’s What I Think!

Previous post: Surprise, Surprise! I’m Not Running This Blog Because I’d Believe Perfect Pronunciation Is a Prerequisite to Fluency!