Surprise, Surprise! I’m Not Running This Blog Because I’d Believe Perfect Pronunciation Is a Prerequisite to Fluency! 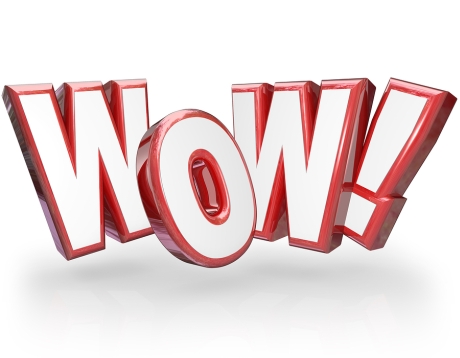 Personally I don’t care about others’ opinion, and I wouldn’t give a damn if I were still speaking with the same hard East-European accent I used to have not so long ago.

Sure enough, there are certain advantages to be able to speak in English with a certain degree of proficiency when it comes to pronunciation, here’s a few of them:

You shouldn’t, however, try and improve your English pronunciation BY ALL MEANS POSSIBLE – the reason being, you actually risk doing a significant damage to your fluency if you’re too hung up on getting your pronunciation PERFECT!

As a matter of fact, sometimes the opposite is true and you can get your fluency going by putting on a hard accent in situations when you feel that you start struggling with getting the verbal message across.

Why am I running this blog then?

Why did I decide to improve my English pronunciation if I don’t really care too much about the way I sound?

Especially considering I often ignore others’ opinion anyway and I couldn’t care less about what they think of my level of English?

Well, here are the reasons as to why I decided to start working on my English pronunciation:

Reason #1: To Prove All Naysayers Wrong!

Over the years I’d received so much negative feedback about my East-European accent that I decided one day – “Guess what? I’ll prove to you all that accent is just another acquired skillset and I may choose to speak with whatever accent I want!”

Yes, I simply decided to prove to the world that a foreigner may CHOSE to speak with whatever accent he or she wants – be it American, British or any other accent of that person’s choice!

Basically I want to prove that accent is an acquired skill and that it’s got very little to do with general English fluency.

You see – a lot of people mistakenly believe that speaking in fluent English also means speaking with a near native-like pronunciation, while in reality nothing could be further from the truth.

There are so many foreigners speaking in FLUENT English with hard foreign accents (think of Antonio Banderas, for example!) that it simply goes in the face of that notion of fluency and perfect pronunciation being irrevocably linked!

Reason #2: I Wanted to Start Another Blog!

English is my passion, there’s no doubt about that my friends!

Ever since I encountered this beautiful language at the age of ten or so, I’ve been fascinated by its simplicity, versatility and also everything that comes with the language – Hollywood blockbusters, New York skyscrapers, TV programs and shows, celebrities and a million other things.

In other words, I see the English language as a representation of the entire Western world, and I guess you’ll agree that English IS the world’s entertainment, business and travel language.

Now, considering I’ve been running my English Harmony blog since late 2007, I simply wanted to start some new online venture similar to my first blog.

It got me thinking what my new project could possibly be about.

Fitness? (I’m a keen fitness practitioner so writing about it wouldn’t be a problem)…

Internet marketing? (As I said, I’d been running my English Harmony blog for five years so there’s a lot I could write in relation to marketing info products online!)

No matter how much I thought about it however, it always came back to the same topic, namely – ENGLISH.

I just felt I HAD to do start another website which involves some aspect of the English language.

Nah… My belief is that you learn all necessary grammar by acquiring naturally occurring speech patterns and I’m actually against the traditional approach whereby English students are required to learn grammar rules and then apply them in their speech and writing (I strongly believe it makes ones speech unnatural and creates all sorts of fluency problems).

Eventually I came to the simple conclusion that my new website would have to have something to do with the spoken aspect of English because that’s what I’ve been constantly working upon myself.

And then one fine day I just thought –

Why not start a project where I’d learn to speak with various English language accents? Just for fun!

That’s how the idea of this blog was conceived, and obviously the first reason also came into play – need to prove naysayers wrong!

Other than that, however, I’m not bothered about the way I sound.

As I said previously – I can CHOOSE how to speak, and no-body has any moral high-ground to judge me based on my accent and pronunciation.

I may choose to speak with a distinct East-European accent if I want to, and you also should NEVER feel ashamed or embarrassed about your accent.

For as long as you can be understood – you’re fine!

Next post: Why People Judge You Because of Your Foreign Accent YET Heavily Accented Native Speakers Get Away With It?

Previous post: You Will NOT Improve Your English Pronunciation Unless You Speak A LOT!