Accent Reduction Doesn’t Actually Mean… You Have to Reduce Your Foreign Accent?! 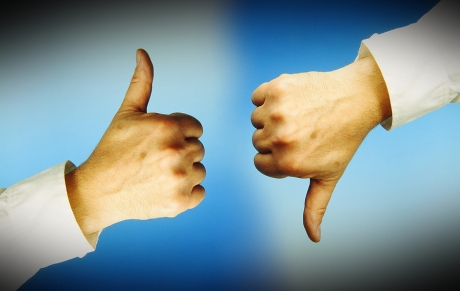 I’m full of controversies when it comes to English fluency improvement.

Contrary to a lot of English teachers I don’t believe in English listening practice.

I don’t advise my fellow foreigners to use their native-language-based dictionaries when learning English.

And I also don’t think it’s of the utmost importance to speak with a perfect American or British pronunciation as far as you’ve gotten the basics right.

But if you’ve made the decision to reduce your foreign accent – here’s another hard-to-believe statement for your consideration:

While at first it may seem like a total non-sense, it is actually true, and here’s why…

Obviously, it isn’t a common thing for a foreigner to speak with a native accent – let alone teaching it to others! Therefore it’s not surprising that all accent teachers are native English speakers who are good at adopting other English accents. I don’t think you’ll find a single foreigner teaching American/British or Australian pronunciation because the general consensus would be – how can anyone teach others while not being 100% able to speak like a native speaker?

Well, first of all – so many people fail to understand that one doesn’t have to be perfect at something to be GOOD at it.

Secondly – just because you’re a foreigner, it is automatically assumed that you have to focus on eliminating your foreign accent in order to sound like a native English speaker.

I’m a native English speaker born in Australia. I want to speak like an American. English is my native language, so I’m already half-way there!

You’re a foreign English speaker born in Japan. You want to speak like an American. Your native language is Japanese so  you need to work on your foreign accent elimination first, and the overall task of sounding like an American is going to be so much harder!

While it might be true in purely technical terms (a native speaker doesn’t have to make any effort to eliminate foreign accent simply because they don’t have it!), I don’t agree with the main premise of that assertion.

It’s predicated on an assumption that it’s OK for someone who attempts to speak with an American accent, for example, to have a trace of Australian yet it’s not OK at all to have a slight hint of Japanese.

To me it sounds very wrong 😡

Let’s assume that both – the Aussie and the Japanese person – have mastered the American accent to a degree of 80% which sounds like a very good target to me (I would imagine it’s nearly impossible to speak EXACTLY like a native speaker of your target accent even if you’re a native English speaker!)

So, if we judge the Aussie based on the 80% of his success, but the Japanese guy is judged by the 20% of his native pronunciation still present in his speech, I don’t think we’re comparing like with a like.

I strongly believe that we have to be fair in our judgment and give the Japanese person credit for the 80% of American accent mastery instead of judging him for not being able to sound exactly like an American.

Sounding Just Like a Native Speaker of a Certain Accent is Nearly Impossible!

Even Hollywood actors get ridiculed for their performance in films where they have to sound like Irish, for example. Considering all the top speech mentors they can afford, it just goes to show that it’s not that easy to learn an accent even if you’re a native English speaker!

So if we, foreigners, aspire to speak like Americans, Brits or Australians, we can’t adopt the all-or-nothing approach:

It’s counter-productive, it creates a false impression that you can’t achieve things, and it perpetuates the opinion that only those foreigners having moved to English speaking countries at a very young age can achieve accent mastery.

Instead, it’s much more effective to set a realistic goal in terms of achieving your desired English pronunciation and then giving it your best shot ❗

Personally I believe it’s simply NOT POSSIBLE NOT TO LEARN to speak English with a certain accent if you try hard enough and follow the right advice. Yes, you’ll still speak with a bigger or smaller foreign accent, but you just have to ignore it – and also ignore all discouraging remarks about your accent.

Focus on pronouncing English words in a certain way instead of constantly thinking about what you’re saying wrong.

You’ll get discouraged by the fact that your foreign accent is still present by listening to your own voice recordings, and of course there’s always someone who won’t hesitate to make a comment like – “You sound nothing like an American, I can still hear your Russian/Arabic/Japanese accent!”

Basically I think that by going down the accent reduction road you’re bound to get frustrated, unhappy with your progress and you’re also running the risk of having self-esteem issues.

If you focus on practicing your American/British/Australian English and getting feedback from the right people, you’ll be happier, self-confident, and so much more likely to achieve a certain degree of accent mastery which will help you to fit into the local society, achieve your career goals or accomplish whatever objectives motivated you to learn to speak English with a native accent.

Chat to you soon!

Next post: A Foreigner On a Mission To Speak English With a Native Accent!