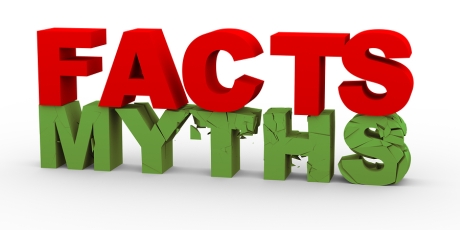 I’m a foreign English speaker myself (read this article to find out why I’m not referring to myself as a non-native English speaker), and over the years I’ve encountered plenty of different myths surrounding foreign accent and English fluency.

Now that my online presence has grown tremendously over the last few years, I keep getting reminded of the existence of those foreign accent related myths on a regular basis so I decided to share the most popular ones with you!

It goes without saying, of course, that I’m also going to debunk those myths based on my own experience dealing with other foreign English speakers for a good number of years.

Myth #1: Native English Accent Can Just Be “Picked Up”!

Haven’t you heard the following notion:

“Did he/she move to England/the States? Surely he/she will pick up the local accent and speak like a true Englishman/American in no time at all!”

There is a belief out there that people somehow just adopt the way locals speak and after a while their English pronunciation changes. Well, it’s true to a certain degree – I guess if you spend twenty years living in an English speaking country surrounded by locals who you’re speaking with on a daily basis, you’re going to adopt their ways of pronouncing certain words and sentences.

By and large, however, it’s your own determination and effort that determines whether you’re going to speak with the accent of people around you or not!

You don’t “pick up” a different accent just because you’re listening to people; you have to make the effort to SPEAK with that accent in order to acquire it.

Myth #2: Accent and Slang is Almost the Same!

Whenever I’m trying to do a Google search on keywords such as “learning American accent” or “learning British pronunciation”, I’m almost guaranteed to land on some Yahoo Answers page or a forum entry where people have totally mixed up the concept of accent and local slang.

Here’s a typical example – a woman tells how she picked up the British accent after spending some time in England and she continued to speak with it even after returning back home to the US. Then she goes on to explain that one of the ways her British accent was manifesting itself was through using the word “fancy” as a verb…

What she clearly means is that she was using local British vocabulary and expressions – not the accent!

But it’s just one example out of countless other instances when I’ve noticed people confusing accent with local slang – and by the way, it’s done by English teaching industry professionals as well as the average person out there!

Myth #3: Foreign Accent is a Sure Sign of Lack of English Fluency!

It’s only natural that people often will judge you by their first impression of you, and if you happen to be a foreigner speaking with a bigger or smaller foreign accent, your English skills will be deemed to be very basic and you might even get quite a condescending treatment.

The reason for the aforementioned phenomenon is the following.

Just because beginner English students normally speak with quite hard foreign accents, people generally tend to assume that once those students progress through their studies and attain a certain degree of fluency, their accent is going to be eradicated.

This notion is most likely based on a few observations of fluent foreign English speakers who are capable of speaking without any foreign accent at all, and then the following conclusion is drawn: “A fluent English speaker speaks with an almost native-like pronunciation”.

In real life, more often than not, fluency isn’t really so closely tied with perfect pronunciation.

I’ve met plenty of fluent foreigners speaking with hard accents, and I’ve met some folks whose pronunciation was very good yet they had quite a limited ability to verbalize their thoughts in English!

Myth #4: It’s Impossible for Adult Foreigners to Eradicate Their Accent!

Everyone – and I mean EVERYONE will tell you that only little children are capable of picking up accents naturally and that adults just don’t stand a chance.

“I’m too old to learn, I’m happy enough to be able to say simple things in English, I just couldn’t possibly hack the accent…”

“Me? And speak with a native-like accent? Common, I’m not seven or eight anymore! Children are good at that sort of thing, I’m too old for it!”

Such and similar nonsensical excuses will always be used to justify people’s unwillingness to embrace such relatively simple new things as new sounds and new ways of pronouncing English words.

In reality, on 90% of occasions it’s all down to the person’s stubbornness; they’re simply not willing to step out of their comfort zone and force themselves to do what’s a little bit embarrassing.

And don’t forget the strongest excuse of them all – “So the person X learned to speak like an American/Brit at the age of 34? Well, he must be extremely gifted; I bet he has a perfect ear for accents!”

This is the biggest pile of rubbish I’ve ever heard. There’s no such a thing as a perfect ear for accents; it’s all down to hard work. Either you want to do it, or you don’t – but don’t blame your lack of “accent skills”, it’s just ridiculous.

Myth #5: Only the Native Speakers’ Accents – American, British, Irish, Australian and so on – Are “Proper” English Accents

Do you speak with an Irish accent?

Are you an American?

What was that, do you speak with a Chinese accent?

Well, you’d better take some accent reduction classes, you should work on your pronunciation, my friend!

This is just not fair.

I don’t see any reason why any foreign accent couldn’t be treated with the same respect as any native English accent.

I strongly believe that the English language has long surpassed its native boundaries, and nowadays nations like Chinese or Mexicans are perfectly fine speaking with their own accents and taking pride in that fact!

By the way, did you know that the second, third and the fourth largest English speaking populations are shared among India, Pakistan and Nigeria? All these countries are ahead of the UK and Canada and they have a huge number of people speaking English as their first language residing within them!

Thanks for reading my friends,

Next post: When Americans Speak, They Stretch First Syllables of Words a Little Bit!