Will Any Foreigner Pick Up a Native English Accent Over a Longer Period of Time? 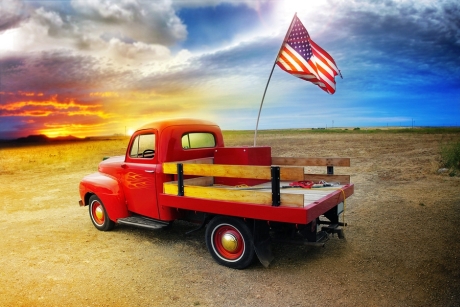 We’ve all heard the following notion – you’ve just got to be dropped into a native English speaking environment, and you’ll quite naturally absorb the local slang, accent and pronunciation peculiarities!

There are also those who believe in the critical second language acquisition theory, and those folks will hold to a belief that an adolescent foreigner is simply incapable of learning a native-like English accent.

Is accent being ‘absorbed’ by you at a subconscious level?

Or is it only possible to speak like natives if you immigrated to an English speaking country in your early teens at latest – ideally you’d have to have been a child between the ages of 4 – 8?

My personal experience tells me nothing is clear-cut in real life.

A youngster may retain his foreign accent for the rest of his life, yet some other person might develop his or her pronunciation to a fairly high native-like standard in their late teens or early twenties!

I believe that in order to answer this question we need to look beyond a person’s age and the fact that they’ve migrated to an English speaking country. There are other factors contributing into what is going to determine a foreigner’s success in terms of accent acquisition, so let’s look at them right now ❗

Pronunciation is first and foremost going to be developed by active spoken practice. You may listen all you want, but unless you actually open your mouth and try to replicate what you hear, you won’t develop your English pronunciation by a bit.

It’s also very important not to confuse this factor with the total amount of time spent in an English speaking country!

One may spend long years living in a close-knit foreigner community in England or the States, but is it going to develop that person’s ability to speak with a native-like English accent? The sad truth is that if the foreigner in question is communicating mostly with their extended family members and friends from the same national background, the chances are that not only their accent but also their ability to speak in English fluently in general is going to be severely affected!

Basically it all boils down to how much a foreign English speaker gets to speak in his or her daily life. The more one speaks, the higher the chances of developing a native-like English pronunciation.

But is that all there is to it? Is it simply a matter of time before any foreign English speaker starts speaking with a native-like accent?

Well, it’s not that simple, my friend!

If that were the case, actors like Arnold Schwarzenegger or Antonio Banderas wouldn’t have retained their foreign accents.

That’s when we have to touch upon another factor, namely – CONSCIOUS EFFORT ❗

Over the years I’ve met plenty of other foreign English speakers who simply haven’t cared about their English pronunciation. Not that I would be a proponent of trying to achieve perfection in terms of on one’s accent and pronunciation by all means possible, in fact nothing could be further from the truth!

It’s just that I’ve realized so many people don’t make ANY EFFORT WHATSOEVER in order to resemble native English speakers even to an extent where their pronunciation would match that of a native speaker only in general terms.

I was waiting in a line in a fast food restaurant, and I noticed that one of the counter staff was a Latvian girl; her name tag gave it away. Anyway, I starting paying attention to what she was saying, and it turned out that she was speaking with a very hard Latvian accent. Instead of a ‘burger’ [bərɡər] she would say [bʊrger] which is the way we Latvians pronounce that word.

Well, as I said – I’m not saying foreigners should try to perfect their pronunciation, and I totally understand not everyone is willing to learn how to produce certain English sounds not characteristic to their native language.

The point I’m trying to make here is the following – ANY Latvian is capable of pronouncing the word ‘burger’ quite similar to how it’s pronounced by native English speakers, and it doesn’t even require learning any new sounds. All those sounds are already present in the Latvian language, and if a Latvian would read out the following word in one syllable – ‘būage’ – it would actually resemble the English original to a much greater extent than [bʊrger] which is a far cry from the actual word it’s supposed to represent…

Well, the number one issue why it’s happening is because Latvian is a phonetic language and many Latvians would have the phonetic reading ingrained in them.

The second reason – there are a lot of English loan words in Latvian which are traditionally pronounced the Latvian way, so when they’re encountered in English context, many Latvians would have a tendency to pronounce them the same way.

Lastly – and most importantly! – there’s the unwillingness to make any effort to mimic native English speakers, and I’m guessing that it’s deeply rooted in foreigners’ fear of trying out new things and sounding stupid more than anything else.

Regardless of the reason, the simple fact remains – unless you’re making conscious effort to MIMIC NATIVE SPEAKERS, your will retain your foreign accent.

Just because you hear English spoken around you, doesn’t mean that native-like pronunciation gets somehow transferred into your brain.

Human brain isn’t a CPU, after all!

It really is a no-brainer.

The more time you spend on speaking in English while TRYING to mimic native English speakers, the better your pronunciation is going to get!

Sure enough, for best results you need to know which sounds you have to pay particular attention to, and you also need to be motivated enough to stick with the way you change and adjust your English pronunciation over time.

By and large, however, it all boils down to those 2 main factors: spoken English practice and making effort to replicate native English speakers.