You Will NOT Improve Your English Pronunciation Unless You Speak A LOT! 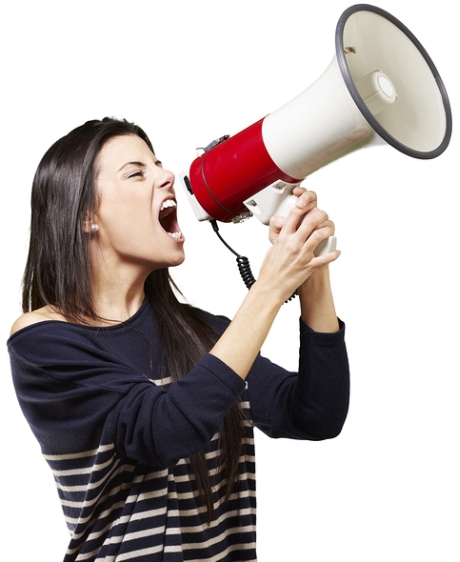 I’m a Latvian living in Ireland where English is spoken with Irish accent, and I’m trying to master American and British pronunciation.

Now, what do you think?

Not bad for someone who hasn’t been speaking with a native American or British English speaker on more than a few occasions in the entire lifetime, isn’t it? 😉

The point of this article, however, isn’t to brag about my achievements in terms of native-like accent acquisition.

Today I’m going to talk about the simple fact that if you aspire to learn either American or British – or any other accent for that matter! – you simply have to SPEAK AN AWFUL LOT ❗

Some people believe proper accent and pronunciation can be simply picked up while living in an English speaking environment.

You’re moving to England? (feel free to replace it with Canada, US, Australia or any other English speaking country). Well, I probably won’t recognize you when you come back home the next time – you’ll be speaking like an Englishman in no time!

While there IS a certain degree of truth in it, in reality it’s actually your OWN EFFORT AND TIME INVESTED INTO PRONUNCIATION PRACTICE that determines your success in terms of accent acquisition and pronunciation improvement.

I’ve been getting up at 5:40 AM to record videos for this blog (such as this one, for example) where I’m training my American pronunciation.

I’ve been working on my accent while driving in my car to work. I spend about an hour every day on commuting, so I may as well use that time wisely and work on my English improvement!

I’ve been recording more videos and practicing my American and British pronunciation when coming home in the evening and the compound effect of all that spoken English practice clearly shows in the way I speak English today.

Would my English pronunciation have changed if I hadn’t been speaking (AND trying to sound like a native English speaker) so much over the last year or so?

Not a chance in hell ❗

I’d remain where I was before in terms of my pronunciation if not for my constant spoken English practice (not that I would have any problems speaking with a hard foreign accent!), and let me tell you something my friend – SPEAKING WITH YOURSELF is one of the best things you can ever do to your spoken English development!

SELF-PRACTICE Is What’s Going to Make Your Pronunciation Perfect!

I’m a fan of spoken English self-practice (you can call it speaking with myself – and you may think it’s weird, strange and sick – I don’t care!) and I STRONGLY believe (the heck, I don’t just believe in it; facts are speaking for themselves!) that it’s the single most important activity having contributed into my oral fluency development.

Sure enough, if you’re speaking with other English speakers 24/7/365, it’s also going to develop your oral fluency.

When it comes to English pronunciation improvement however, spoken self-practice is of an even bigger importance for the simple reason that you need to be almost 100% focused on your speech (at least during the early stages of your accent practice) in order to change your pronunciation and intonation, and it is quite difficult to maintain the focus upon your own speech when you speak with another human being.

Shifting your focus AWAY from your own speech is the best way to develop your fluency and ability to speak without much thinking and advance planning.

Focusing UPON your speech (and it’s very difficult to achieve that state of mind when speaking with others, especially considering the embarrassment factor!) is the best way to develop your pronunciation.

And did I mention you have to SPEAK A LOT? 😀

One Way Or Another – You Just HAVE to Speak A LOT!

You may hate the idea of speaking with yourself, so the only thing you might decide to do in order to develop your accent is to repeat sentences after a native English speaker.

Fair enough – it’s a perfectly valid way of developing your pronunciation (there will come a moment in time though, when you just have to develop your ability to speak with your target accent on your own!), and I’ve been doing this exercise a lot myself.

There’s one thing you can’t refute though – and it’s the fact that you have to do it regularly and for lengthy periods of time!

If you just do it every now and then, you might become good at resembling an American English speaker by saying certain phrases and sentences YET you won’t be able to maintain a conversation in your target accent.

No matter what you do, lengthy spoken English practice sessions (with yourself and mimicking others; ideally you should actually COMBINE the two for best results!) can’t be avoided if you’re anything serious about your English accent and pronunciation development, I’m pretty sure about that my friends!

Check out this video, for example, where I’m speaking with the British accent after about 120 minutes of “warming up” with myself. The simple fact is, I wouldn’t be capable of speaking fluently with that accent if not for the lengthy self-practice session prior to recording this video!

Thanks for tuning in,

Next post: Surprise, Surprise! I’m Not Running This Blog Because I’d Believe Perfect Pronunciation Is a Prerequisite to Fluency!