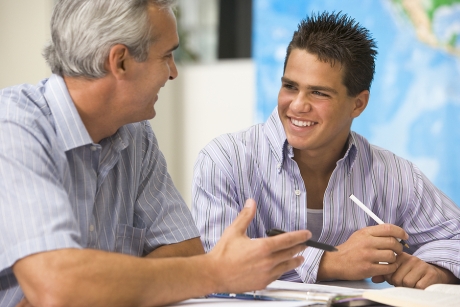 A while back I didn’t really think it possible to be able to maintain certain English pronunciation without making conscious effort while speaking.

When I started my General American Pronunciation mission, I found it quite tricky to think WHAT and HOW I’m speaking at the same time simply because the accent hadn’t become my second nature yet.

I was still in the early stages of my American Pronunciation mission, and I had to make conscious effort in order not to go back to my normal accent which is a mix of East-European, Irish, British and American ways of pronouncing English words.

One fine day, however, I realized that I don’t have to do it anymore!

And which is even more surprising, I’d started speaking with an American accent at work with my Irish workmates! You see – normally when I speak with them, I tend to mimic their Irish pronunciation and so far I’ve been finding it somewhat unnatural to speak with an Irish person in an American accent.

It turns out, however, that my Irish work colleagues don’t really mind in what accent I speak. I guess all they care about is that my English is clear enough for them to understand – that’s all! 😉

The Longer You Do It – the Easier It Gets!

At the end of the day, it’s all down to how long you’ve been practicing your accent.

When you’re only a few days into learning how to speak with a certain accent in English, you have to be very mindful of how you pronounce words.

A few weeks in you’ll find that you don’t have to put so much effort into sounding like an American or a person from England.

But when you’ve been practicing an accent for a couple months, you’ll realize that it’s getting hard NOT TO speak with it!

What you’ve done is – you’ve created a strong habit of speaking in English in a certain way, and it’s become your second nature.

As I told you previously, initially I wouldn’t be comfortable speaking like an American with my Irish friends and work colleagues.

For the most part, I would have a natural inclination to imitate their Irish way of pronouncing words. I just couldn’t speak like an American in front of an Irish person – it just felt wrong!

Also, whenever I tried it, I became very conscious of my own speech and as a result I overdid the accent. Basically I just couldn’t speak with others the same I’d speak with myself during my self-practicing sessions.

Now when I’m nearly 2 months into my General American Pronunciation mission, I’ve done so much self-practicing that I don’t even have to be thinking of how I sound for the American accent to be present.

And, all embarrassment is gone for the simple reason that I’m not paying much attention to how I sound ❗

Of course, all such considerations are totally irrelevant for those of you living in English speaking countries matching your target accent.

But it’s different for me at the moment because I’m learning to speak like an American while living in Ireland; however, when I take on the Irish accent it’s going to be a whole new ballgame.

I’ll be speaking with other English speakers in the same accent they’ll speak with me, and my intuition tells me it’s even easier to achieve the target accent when you’re surrounded by others who speak the same way!

Mimicking Others – a Sure-fire Way to Success!

Mimicking is the initial stage of any accent acquisition.

You IMITATE what you’ve heard and you try to achieve closely matching pronunciation.

You do it over and over again until a certain speech pattern becomes your second nature.

Now, I’m limited to listening to American English online and in films – and I’m still quite successful at sounding like an American which just goes to show you don’t necessarily have to be living in your target accent society to learn a particular accent.

What if I did live in the US?

It would definitely be even easier to learn to speak like an American because:

Anyway – as I already said – it’s totally possible to learn to speak like an American, Britton or an Aussie from home.

All you’ve got to do is engage in a lot of self-practicing, and in a few weeks’ time the results will speak for themselves! 😀

Thanks for reading, and talk to you soon again!

Previous post: Speaking English While Thinking WHAT and HOW You Say It at the Same Time Ain’t That Easy!