Your English Pronunciation Doesn’t Have to Be Perfect to INSPIRE & HELP Others! 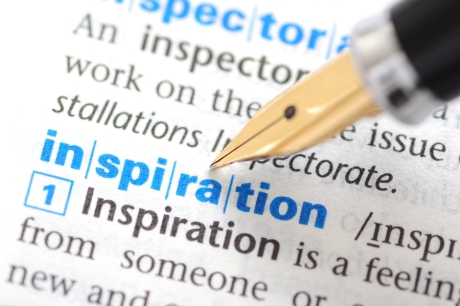 A while back I received a really uplifting and motivational comment on one of my YouTube videos recorded in the early stages of the British Accent learning mission.

To cut the long story short, the commentator thanked me for the British accent learning related advice I’m providing on my website and my YouTube channel. What struck me most, however, was the fact that the person in question was looking for advice on how to speak with an Australian accent for the simple reason that he’s going to emigrate at some stage in the near future, yet he found my British accent advice quite helpful because British accent is not so dissimilar from the Australian one after all.

I also got a comment from a chap in Mexico saying that my British accent or the so called Received Pronunciation is quite good and he’d thought at first I was a native British English speaker!

Needless to say, such and similar comments are very motivational and are making me realize that not all my native-like English accent learning attempts are a complete waste of time.

Well, of course I’m just being modest now – and for a good reason! I don’t want to become delusional and believe I’m capable of learning just about any English accent in the world (which was pretty much my initial plan on this blog). Sometimes it’s necessary to do a reality check in order to keep doing the right thing, and personally for me that moment came when I decided to keep focusing on 2 main English accents – British and American – instead of trying to learn dozens of them.

The positive followers’ feedback, however, has reminded me of a very important aspect of English accent learning which I’d almost forgotten while doing the reality check.

You Don’t Necessarily Have to Be an Expert to Help Others!

I had big reservations about starting this blog almost a year ago, and one of the reasons why it didn’t sit well with me was the following:

How could I possibly start providing any English accent learning related advice online if my skills in this field were next to none? Wouldn’t I have to master native-like English pronunciation FIRST and then start a website about it? Surely my English Harmony project followed that pattern – I learned to speak English fluently and THEN started providing advice for others!

I was constantly going back and forth in my mind on whether this blog’s idea was workable or it was doomed to fail, until one fine day I just said to myself – “I just HAVE to give it a shot!”

Now, almost a year later, I can tell you with the utmost certainty that this blog has proven success and I can clearly see that it’s more than possible to help others with advice WHILE you’re still learning yourself.

The heck – I’ve met so many of the so-called “experts” throughout my life who’ve turned out to be TOTALLY USELESS at what they’re doing that I would definitely think twice before taking advice from someone boasting with academic credentials and diplomas hung on the wall!

It’s how well one understands the BASIC principles behind the scene that determines one’s success as a teacher, not so much one’s theoretical knowledge in the field.

I learn English language accents based on 2 main principles:

Most native speaking English teachers, however, will keep going on about how important it is to reduce your native accent and they’ll spend months on end teaching you EVERYTHING there is to know about vowels, consonants, diphthongs and diagraphs. You’ll be required to learn industry specific terminology so that you can understand how your mouth, lips and tongue work and be more successful at imitating native English speech (Really? Since when being familiar with TERMS had had a direct impact on one’s ABILITY to perform???)

Don’t get me wrong though; I’m not saying there aren’t brilliant English pronunciation teachers out there – of course there are plenty of them!

My point is the following:

You mightn’t be just as good as your English teacher, yet you’re probably better at teaching your peers at how to pronounce the English ‘TH’ sound properly in a way that’s UNDERSTANDABLE and DOABLE.

So many teachers will try making their students speak a certain way but all their hardest attempts are doomed to fail for the simple reason that they can’t CONNECT with them; they can’t possibly know what it feels like for a foreigner to replicate native-like English speech because they’re not foreigners!

You, on the other hand, are in the perfect situation to LEARN and TEACH others at the same time – just like I am, by the way.

Your English pronunciation might be still a far cry from ideal, yet there are so many other foreigners who can learn a lot from what you’ve acquired so far in terms of English accent.

That’s what I’ve realized while thinking over the positive feedback, my friends foreign English speakers, and I also made a strong commitment to keep posting here on this blog because it’s obviously a worthwhile venture!