No More Accent Missions – Gotta Focus on My American & British Instead! 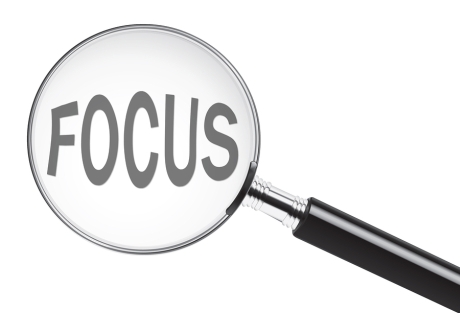 I started this blog in June 2012 because I wanted to make a specific statement and send a strong message to my fellow foreign English speakers:

Now, ten months on, having completed two accent learning missions – American and British – I’ve drawn certain conclusions which are going to affect the way I intended to run this project.

My vision was to take on various English language accents including Irish, Australian, Scottish, New York – you name it! – and learn them to a degree of proficiency when anyone can immediately tell that I’m speaking with this or that particular accent.

Turns out it ain’t that simple.

Yes, I’m quite able to master new ways of pronouncing English words and usually after a month or so in an accent learning mission I would normally develop the ability to speak quite fluently in my target accent.

So that’s not a problem; and I’m pretty sure any other foreigner is fully capable of the same (watch this video about the single biggest reason why foreigners think they’re not good at accents!).

I’m Not Afraid to Admit When I’m Wrong

In the early stages of running this blog I thought it would be quite easy to maintain any accent I acquire.

I thought – what the heck, I’ll just keep practicing all my English accents every now and then and such practice will keep them alive ❗

In reality though, I discovered early enough that once you stop practicing your target accent on a daily basis, you quite naturally lose some of the acquired ability to speak fluently with that accent.

You don’t go back to square one, of course, and it doesn’t take a long time to get back into the target accent if you really set your mind to it.

But what if you have to juggle three different accents? Four? How easy is it to speak equally well with five various English language accents?

No matter how much I hate to admit I was wrong, I simply have to face the reality and accept the inevitable:

I can’t keep learning more accents; I have to work on the 2 most popular English accents – American and British – and I have to develop the ability to speak with either of them without any preparation whatsoever!

The Idea Was Perfect Though!

Of course it’s a petty I have to ditch my initial idea of learning anything up to ten or even more various accents.

I guess the ultimate badge of honor would have been to record a video with me speaking with 12 different English accents, for example, and make it go viral online (so far my one and only multi-accent video features 3 accents – check it out HERE)!

It would be nice, but I have to be realistic and practical, too.

What’s the point in learning 12 English accents if I wouldn’t be capable of maintaining them all? There’s no way in hell I could find enough time to practice all those accents on a regular basis in order to maintain an equal ability to speak with them all!

Recording a multi-accent video and speaking rehearsed bits is one thing, but being able to use 12 English accents in live, fluent speech is quite another.

Speaking Without ANY Preparation is the KEY!

Recently I recorded a video where I’m trying to speak with a British accent not having done any spoken English practice whatsoever – check it out HERE.

The result was not impressive, to put it mildly.

I thought I was doing a great job whereas for outside observers it was obvious my British accent wasn’t that British at all!

The only reason why I couldn’t put on a believable British accent was the lack of spoken English practice before the video. Normally I would spend 20 – 30 minutes speaking with myself to get into the target accent mode, this time around I just turned the camera on and started speaking hoping that my ability to speak with Received Pronunciation (just a fancy name for British accent) surely can’t be completely gone.

Turns out I can’t do without some warm-up practice, so it begs the question:

How good my native-like accent really is if I can’t just speak without having prepared for it beforehand?

I guess the answer is self-evident.

I need to fully develop my ability to speak 100% fluently with those two accents I’ve already learned during the last ten months!

Can I really claim I’ve mastered the British accent if I have to spend some time preparing before I can start speaking with it?

Can I face a native British English speaker and tell that person – “Can you hang on for a while before I warm up and then I’ll start speaking with you in your own accent?!”

Frankly speaking, that would be ridiculous.

I simply HAVE to develop the ability to speak like an American or a Brit without any preparation, full stop.

How I’m Going to Run this Blog From Now On

I’ll still keep making regular videos and posting articles on accent acquisition and English pronunciation – nothing is going to change in that regard.

What I AM going to change, however, is the very structure of my accent learning endeavors.

There won’t be any MISSIONS anymore.

I’ll simply keep improving my American and British pronunciation and I’ll provide loads of advice and insights into my learning curve as a go along, simple as that, my dear friend foreign English speaker!

It’s not such a massive overhaul of this blog, if you think about it, the only radical change is doing away with my plans to learn new English language accents.

Other than that, everything remains as it is!

Thanks for reading and stay tuned,

All the previously said doesn’t mean I will NEVER touch upon other English language accents. Quite the opposite! Now that I’ve decided to do away with the accent learning mission concept, there’s nothing to prevent me from recording the odd video dedicated to Australian pronunciation. There’s no reason why I couldn’t try to record a short video message while speaking with the Scottish accent. And I can’t see why I couldn’t look into the South African accent only for a short while – enough to record a single video!

Previous post: Is My British Accent Really THAT Bad?