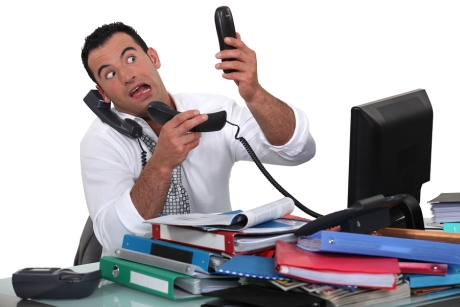 Just because I’m running this website where I’m keeping a track record of how I improve over time when speaking with various English accents doesn’t mean I hadn’t been working on my English pronunciation before.

I had, and while my foreign accent didn’t bother me too much, I would still make a certain amount of effort to pronounce English sounds the way native English speakers do.

The strangest thing would sometimes happen when I was trying really hard to speak with as good pronunciation as I could possibly manage:

I would sometimes completely lose the thread of my thoughts, and my speech would grind to a halt!

I was none the wiser at the time as to why it was happening to me, but now that I’ve spent a good few years sorting out my English fluency issues and also working on my English pronunciation, I know for a fact that trying to do anything TOO HARD is detrimental to my ability to speak in English fluently and maintain a consistent flow of your thoughts as I speak.

When I’m forcing myself to say things super-correctly when I speak in English, quite the opposite happens and I actually start making stupid grammar mistakes.

When I’m trying really hard to sound smart and use just the right English phrases, the wrong words start coming out of my mouth by themselves.

And when I’m trying to speak with a super-correct English pronunciation, my ability to speak fluently also takes a hit:

Now, is this a unique issue?

Am I the only one experiencing it on the whole wide world?

I suspect it’s not really the case as there are millions upon millions of foreign English speakers out there trying hard to sound like native English speakers in terms of their pronunciation, and there’s a good chance that you’re also experiencing these kinds of problems every now and then ❗

Would you like to know why it’s happening to your English speech?

Would you like to know how to deal with it?

Then keep reading on my friend! 😉

Focusing TOO MUCH on Your English Pronunciation!

English speech is a multidimensional process and there a lot of things happening at the same time as you open your mouth and speak in English (especially considering you’re a foreign English speaker):

If you’re speaking 100% fluently and confidently, all those things are supposed to take care of themselves without your conscious involvement so that you can be 100% focused on the subject of your conversation.

At that’s when certain English fluency issues may begin to materialize.

If you’re too focused on technical details of your speech, you simply can’t maintain the same level of fluency!

English pronunciation being one of those technical speech aspects is also something that you don’t want to be too focused upon; you almost have to try and find that fine balance of focus between WHAT you’re saying and HOW you’re saying it when you’re speaking in English.

This is how a completely fluent conversation happens: 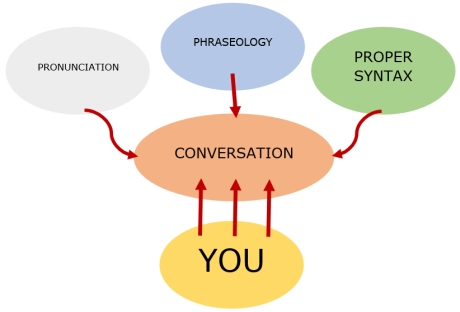 You’re 100% focused on the subject of the conversation, and all the technicalities are taking care of themselves in the background – largely due to the fact that you’ve been engaging in plenty of English practice making all those technical details your second nature.

And this is what happens when you focus too much on your English pronunciation: 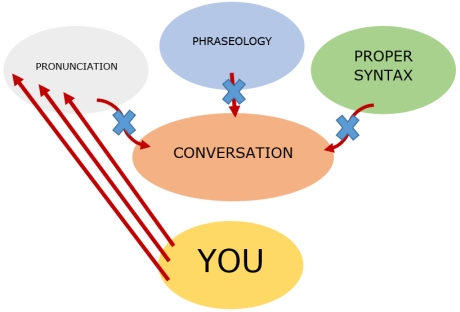 As you can see in the drawing above, when your entire focus is dedicated to making sure you pronounce English words super-correctly and getting every single English sound just right, all those technical aspects STOP feeding into the conversation.

Your ability to utilize your vocabulary and phraseology drops drastically.

And your pronunciation, strangely enough, is also suffering DESPITE you trying so hard to make it right! Not to mention the conversation itself…

It Stems From Your Desire to Sound as Good as Possible… IMMEDIATELY!

It’s not a bad thing in itself – trying hard and doing one’s best in various life aspects is only to be praised.

In the context of proper English pronunciation and accent reduction, however, being overly eager to get things perfectly RIGHT FROM THE START may backfire on you and cause all the aforementioned fluency issues.

Maybe you’re trying to impress someone with your English pronunciation.

Maybe you find yourself among native English speakers and you feel that extra pressure to sound native-like.

Or maybe you’re just a perfectionist and you just won’t accept any half-ass attempts whatever it is you’re involved in!

Whatever the case may be, more often than not such desire to sound PERFECT – especially in the early stages of your foreign accent reduction attempts – will result in an excessive focus on your pronunciation… at the expense of your ability to speak fluently!

How To Solve This Issue

The simple answer to this problem would be: “Don’t focus on your pronunciation too much, just enjoy the conversation!”

In order to do that, you need to know EXACTLY how to reduce that focus, and here’s a simple action plan:

Well, simple this plan may be, but it’s definitely going to make a world of difference, and here’s why.

Your mentality plays a HUGE role in your ability to speak fluently.

EVERYTHING is in your head, and you have the ability to destroy your fluency completely or make it happen just right; you just have to do the right things to make it work for you!

So, if you don’t accept anything less than perfect pronunciation and you’re trying SUPER-HARD to get it just right, it will have quite the opposite effect and your pronunciation will get even worse – the words will start blurring together and you’ll be stuttering.

If, on the other hand, you accept the simple fact that nothing is flawless in nature and neither is your speech, things will actually start working out for you ❗

It’s the reverse psychology in action, and I’ve personally experienced the effect of this phenomenon countless times in my life.

Next thing – focusing on the KEY sounds.

Let’s look at the following sentence:

I HAVE A LOT OF ANIMALS TO LOOK AFTER.

There are so many sounds you could be paying your attention to as you speak – all the consonants and vowels, and then you could be wondering if the letter ‘O’ in the word “TO” is to be reduced to a schwa sound – /tə/ – or not, and what about the word “OF” – is ‘O’ pronounced as /ə/ or /ɑ/ in this case?

See – this is exactly what I’m talking about!

If you’re trying to get every single sound right, it’s just too overwhelming – especially if you’ve been learning LOADS of related information and your head is literally buzzing with all sorts of pronunciation-related information.

Instead, you need to focus on just 3 sounds in this sentence to get it right according to General American English pronunciation rules (British English is different):

The first one is pronounced as “aah”, basically you have to stretch it; the second one is actually pronounced more like “e” than /ae/, and the last one is the typical /ae/ sound.

“How do I know which sounds to focus upon?”

Well, you just have to do a lot of spoken English practice following the right pronunciation improvement and accent reduction techniques, and you may watch this video, for example, where I’m giving 7 English words and telling you which sounds you have to focus upon.

Next post: Natural Foreign Accent Reduction and How You Can Make It Happen