Why You Shouldn’t Focus on Differences Between American & British English When Learning Pronunciation! 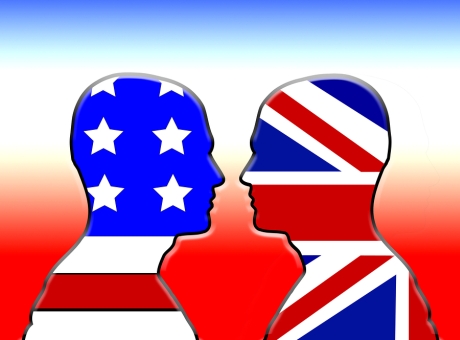 Quite obviously, I’m in the process of doing some research on what characterizes the Received Pronunciation, and what I’m finding is an overwhelming amount of info pointing out differences between English spoken on the either side of Atlantic.

There’s a lot of information out there telling us that the two versions of English – American and British – are SO DIFFERENT that they can be almost considered to be different languages. Also, if you try to learn either of the English versions, you’ll inevitably come across lists or videos where the two ways of pronunciation are compared and differences clearly displayed.

And this is where I’m having a slight problem, to say the least!

If you try to learn how to pronounce words in American or British English, you will find it quite difficult to reach fluency in your chosen accent if you keep focusing on the differences!

You’re much better off by being focused solely on your target accent without getting anything else involved. Forget about American English. Don’t even try to compare something – it won’t serve any purpose other than just to confuse you!

Reason #1: It’s Always Best to Start from a Clean Slate!

Whatever it is you’re learning – a new language or just a new accent, it’s always best to start afresh and without getting other languages and accents involved.

When it comes to language learning in general, it’s very important to start thinking in your target language as soon as possible, and it essentially means eliminating your native language from the process as soon as it’s practically feasible.

As far as accent acquisition is concerned, things are way more simplistic – you have to forget about your standard accent completely and be ONLY focused on your target accent. In this particular case it means forgetting about the General American Pronunciation and focusing on the Received Pronunciation entirely.

Any comparisons between the two can only make things worse by creating unnecessary associations in your mind; for example – you’ll have two ways of pronouncing the letter ‘r’ associated with each other if you’ve been learning them as part of a comparison table. When you try to speak, you may mix them up simply because you’ve been learning them interchangeably, so as you can imagine it’s definitely best to keep things separate ❗

Reason #2: Comparisons Will Make You Analyze Too Much!

Ever heard of ‘paralysis by analysis’?

It’s when you’re so busy applying a number of criteria on a given amount of information that it eventually overwhelms you and you can’t carry on with the original task.

In the context of learning an English accent it means you won’t be able to speak properly if you keep thinking of how certain sounds are pronounced in American VS British English.

You may have obtrusive thoughts popping up in your mind every time you speak – “Letter ‘t’ is sometimes pronounced at ‘d’ in American English but in RP it’s always pronounced as ‘t’… OK, now I’m going to say a word ‘certain’ so the letter ‘t’ has to be pronounced… Wait, how do you pronounce it in American English anyway – does ‘t’ become ‘d’ or doesn’t it? But where was I – I’m actually trying to speak like a British person so…”

Such trains of thought are not uncommon, I have a first-hand experience in these matters, and it’s a reason serious enough to avoid comparison tables and devote your time to learning how certain words and sentences are pronounced instead of comparing and analyzing.

Talk to you soon in another installment of my video blog where I’m going to announce my new accent learning mission!