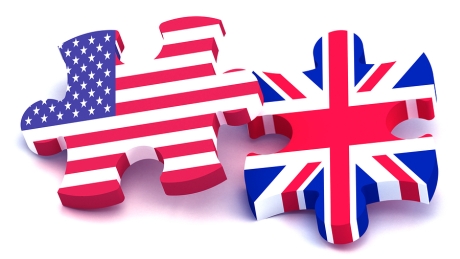 Question to Ask Yourself: “Why Do I Want to CHOOSE Between American and British English?”

This is definitely what you should start with.

Try to pinpoint the exact reason as to why you have to choose between the two versions of the same language, and choose one or a number of the following options:

Now, did you choose the answer that describes your particular situation best?

Here’s my conclusion depending on which answer you went with:

First of all, contrary to the popular belief, American and British English aren’t so different. Yes, there are differences in pronunciation, phraseology and also grammar, but for the average foreign English speaker like you or me they’re simply too insignificant to be of any serious concern! 99% of the language is still the same English language!

Secondly, even if you’ve been learning English from American sources, you’ll be perfectly able to function in England and vice versa. By saying the opposite you’re essentially claiming that you’ll become SO regionally specific in your English speech that you just won’t be understood elsewhere in the world. Well, I can’t see that ever happen unless you learn your English from folks speaking with VERY regional rural accents!

Thirdly, American and British phraseology isn’t as different as you may think. American phraseology, for example, nowadays is used and understood worldwide, and you’d have to try REALLY hard not to be understood by one or the other group of English speakers!

American and British English aren’t as different as you may think in terms of phraseology and vocabulary, so if your main reason for choosing one or the other is the fear of mixing up the two versions of the English language – you may rest assured it wouldn’t do you any harm! By and large English remains English no matter where in the world it’s spoken!

Next Question to Ask Yourself: “Is It Vocabulary or Pronunciation I’m Most Concerned About?”

It is really important for you to figure out what EXACTLY you’re looking to learn in connection with the American or British English:

Most people don’t even know what EXACTLY they want to learn, and how their choices would change the way they improve their overall English knowledge and practical speaking skills.

Moreover, pronunciation and accent is oftentimes confused with slang, so when you’re asking about choosing between American and British English, you may have this idea in your head that learning certain phraseology will make you sound more American or British while in reality it’s more the PRONUNCIATION that makes the distinction!

Just because you speak in English using certain expressions and slang that may be used in specific geographic locations, doesn’t mean you’re going to SOUND like a native speaking coming from that area. Your foreign accent is going to give you away immediately!

When you start thinking about your desire to learn American or British English in depth, you’ll realize you want to do it in order to SOUND like a native English speaker which is invariably related to pronunciation and accent more than anything else!

Final Question: “Am I REALLY Prepared to Do What It Takes to Sound American or British?”

It’s plain silly to assume that just by swapping British English learning textbooks for American ones you’ll immediately start sounding like one or the other.

It just doesn’t happen like that in real life, my dear friend!

This notion reminds me of another misconception people have in relation to some other aspect of life – namely, physical development. I’m pretty sure you’ve heard people saying things like “I don’t like working out using weights because I don’t want to gain all that muscle and get too big!”

If it were THAT easy to gain muscle, do you really think pro athletes would dedicate decades of their lives to achieve those muscular physiques? They’d get the job done in a few months’ time!

If the question you’re asking is “Should I learn American English? I don’t want to sound too British!” – then my immediate response to that is “Do you really believe it’s so EASY to sound British? Do you really think just because you’re tutored by a British English speaker or been studying material prepared in England, you’ll somehow just adopt British ways of speaking?”

It requires countless hours of hard and dedicated spoken English practice to achieve decent American or British pronunciation results, and it simply won’t happen just by itself while you’re learning from sources prepared in one or the other country.

Foreign accent reduction and American or British pronunciation practice is what is going to make you sound like a speaker belonging to one or the other native speakers’ group. Either you really want that and start engaging in specific pronunciation improvement practice, OR just stick with learning and improving your English in general without worrying about American or British English.

Still have some questions in relation to the whole British vs American English thing?

Next post: How to Get Your English Pronunciation Back on Track (GUARANTEED!)

Previous post: The EXACT Moment of Going Back to British Accent After 10 Months…