Natural Foreign Accent Reduction and How You Can Make It Happen 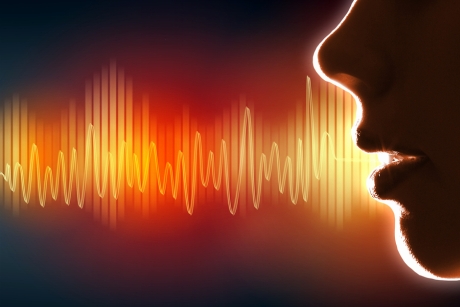 If you’re a non-native English speaker (I prefer the term “foreign English speaker” much better) desperately wanting to reduce your foreign accent, then one of the things you’re most likely engaged in is watching various English teachers on YouTube and heeding to their advice on how to acquire authentic American or British accent.

It’s all nice and well, however, having watched countless of English pronunciation improving videos myself, I can tell you that the overwhelming majority of teachers are missing a crucial part of the whole foreign accent reduction thing, namely – FOCUS on the right things.

There’s a gazillion pieces of information one can acquire in relation to pronunciation, and you may think the more, the better. On top of that, all those teachers won’t hesitate to share all their accent acquisition secrets amassed over a good number of years spent on in-depth studies of English pronunciation in a bid to sound super-smart and super-professional.

More often than not, my friend, LESS is more! 😉

You can spend a lot of time trying to analyze American English sentences, for example, and making sure you fully understand every little detail before you even attempt to replicate what you hear, but in a weird twisted way the very fact that you’re focusing on EVERY SINGLE sound makes it very hard to speak with proper American or British pronunciation!

I was told I’m pronouncing the ending of the word in a French-like fashion, and that in turn made me try even harder to get this word right. I was reading into the phonetic transcription of the word PRONUNCIATION – /prəˌnʌnsiˈeɪʃn/ – and I was focusing on every single sound in it. Still, it didn’t sound quite right.

And then it somehow registered with me one fine day – I had to focus on this part ONLY – “NUN”. The moment I did it, the rest of the sounds kind of fell into the place by themselves without me even trying too hard to get them right! 😀

The very same principle applies on the entire English speech and foreign accent reduction in general:

You may be trying really hard to master the pronunciation by focusing on ALL sounds at once, but still your foreign accent is present.

The moment you shift your ENTIRE FOCUS on the KEY SOUND, however, your foreign accent kind of takes care of itself!

I’m not saying you don’t need to understand how proper English pronunciation happens, and I’m not claiming that your foreign accent will somehow MAGICALLY disappear.

All I’m saying is that provided:

… you’ve already got what it takes to speak with a near-native level of English pronunciation.

Tell me now honestly, my friend, do you not know that the English ‘R’ sound is produced by pressing the sides of your tongue against your upper teeth and curving the tip of your tongue upwards?

Well, you mightn’t be able to describe it using the very same words, but I’m 99% sure that you do KNOW that English speakers don’t roll their ‘R’s, otherwise you wouldn’t be reading this website!

And what about the infamous ‘TH’ sound? Surely you know that it’s formed by biting the very tip of your tongue, isn’t that right?

But here’s the deal, my friend – it’s only when you focus on those sounds REALLY HARD that they’re getting harder and more difficult to pronounce!

I’M REALLY THANKFUL FOR WHAT YOU DID FOR ME!

If you’re having slight issues with the ‘TH’ and ‘R’ sounds, for example, that’s what you may be naturally inclined to do first to get this sentence right. On top of that, if you follow the advice of so many English teachers telling you to analyze the entire sentence thoroughly to have 100% understanding of how exactly you have to form all those sounds, you may focus on every letter and the respective sound!

And that’s when you may start struggling with your foreign accent even more than normally.

Not only you’ll be SOOO determined to get the ‘R’ in REALLY right, not only you’ll be making 100% sure you get the ‘TH’ in THANKFUL correct, but you’ll also start paying an excessive amount of attention to details such as getting the ‘W’ sound right in WHAT and pronouncing the letter ‘D’ a little bit softly – simply because the accent reduction teacher said you have to do it!

After countless attempts to get the sentence right you may get the feeling that your tongue and mouth just doesn’t want to listen to you, and it’s all because of the simple fact that you’ve been focusing on all things at once!

There are just a few KEY sounds in the sentence I’M REALLY THANKFUL FOR WHAT YOU DID FOR ME:

IF you focus on getting these 3 sounds right – pronunciation of other sounds of lesser importance in that sentence is going to take care of itself.

Sure enough, you’re not going to SUDDENLY speak just like a native English speaker, but the point I’m making here is the following:

Natural accent reduction happens when you focus on the ESSENTIAL sounds and make just a half-ass attempt to get other sounds right. As a result your entire speech is still going to sound a whole lot more native-like than if you were trying very, very hard to get EVERY single sound right!

Over a period of time the rest of your American or British sounds will also come up to standards, and it’s going to happen much faster than if you kept struggling on by analyzing every single English sound and trying to get them all 100% right from the start!