ANY Foreigner Has the Potential to Speak With a Native-like English Pronunciation! 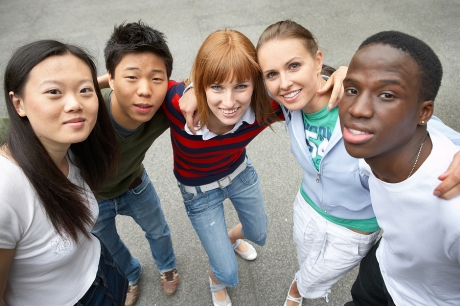 Part of my native English accent learning routine is mimicking native English speakers. It’s a very effective method because it allows you to listen AND apply the newly acquired pronunciation immediately. Needless to say, listening alone wouldn’t be sufficient because listening to someone speak with a particular accent is one thing, but ability to speak with that accent yourself is a whole new ball-game ❗

But here’s a little-known fact that I use to my advantage during my accent learning missions:

If you repeat after a native English speaker in a slight, barely noticeable whisper, your own speech will sound exactly like that of the person you’re mimicking!

Do you find it hard to believe?

OK, I get your scepticism, and I totally understand that what I’m saying might border on the unbelievable.

I do hope, however, that you’re willing to give this crazy idea a try and see if it works for you! What have you go to lose after all? Three minutes of your time?

Then keep reading this article, and I’ll prove you that ANY foreigner has the potential of sounding just like a native English speaker!

You might have never thought of this before, but when you read something in English, all those English words and sentences don’t pronounce themselves with a foreign accent in your head!

Am I not right in saying that?

Just try to pay attention to it right now as you’re reading this sentence and try to ‘hear’ the words pronounce themselves in your head. If you’re anything like me, I’m sure you couldn’t spot any traces of your foreign accent while it was happening, and that would be quite odd indeed if you could because…

… You actually have to be speaking ALOUD and pronouncing words for your OWN accent to be present!

The above statement actually makes complete sense because if you think about it, how can there be accent without sounds being produced?

Well, you might say that by the same token you can’t even ‘hear’ words being pronounced in your head, but I’m 99% certain that if you try hard enough, you’ll manage to ‘hear the words in your mind’.

If you just can’t get it right, please go back to the beginning of this chapter and keep reading until it happens.

Now, did you manage it? Great! You just proved to yourself that you have the potential to speak with a native English accent!

Whatever the mind of man can conceive and believe, it can achieve.

Basically it’s all about the power of human mind, and to cut a long story short, once you have the ability to imagine and ‘hear’ a native-like English pronunciation in your head, there’s no reason why you couldn’t achieve it in reality.

When You Speak in a Slight Whisper, Your Accent Is Just Like That of a Native English Speaker!

Now we’ve got to step it up a notch in order to see the full effect of the phenomenon I described in the previous chapter.

Instead of just reading some English text, I’m going to ask you to watch a video where a native English speaker gives a presentation. Here’s what you have to do:

Keep doing so for about a minute or so, and ideally you should realize that you’re speaking JUST LIKE Tony Robbins (he’s one of the greatest personal development coaches of all time); your brain will begin to associate your own lip movements with the voice you’re mimicking!

So here’s the video, and please do the little experiment to see exactly what I’m talking about:

Now, I hope you’ve started seeing the bigger picture, but in case you couldn’t achieve that state of mind where you’re perceiving Tony’s voice to be your own, please go back and try it once more. Believe me – it’s worth it!

How to Take Advantage of This Accent Reduction ‘Loop-hole’

First of all, the technique I described is a perfect way of easing yourself into your target accent mindset.

Let’s say, you’ve been practicing the American or British accent lately. Maybe you’re using some software. Maybe you’re repeating sentences spoken by actors in TV programs or movies. Or maybe you’ve already achieved the state of mind when your target accent has become your second nature and you’re practicing it by engaging in a monologue on a certain subject.

Whatever is the case, you’re bound to have a bad accent learning day when you just can’t seem to get into the right mindset for practicing it; your mouth kind of refuses to adopt the necessary mouth position to replicate a native-like British, American or whatever other English accent you’re learning.

It’s in situations like I just described when the technique of repeating after native speakers in a very slight whisper helps to make the transition into your target accent!

Spend about 10 minutes doing this particular exercise, and you’ll find it so much easier to do proper accent learning practice by speaking out loud after that!

Also, you can apply this method throughout the day whenever you’re on your own. You can simply verbalize your thoughts in English by just moving your lips and imagining that you’re adopting your target accent; and it doesn’t really matter that you won’t be actually speaking out loud.

You’ll keep reinforcing your perception of yourself as a good British or American English speaker because that’s how your speech is going to sound in your head!

Next post: Sometimes You’ve Got to Spend a Lot of Time to Get into Your Target English Accent!

Previous post: Is My Intonation Proper for the British Accent?