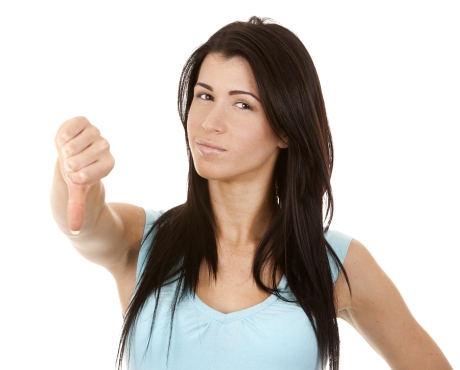 Here’s the type of comments I’ve been getting on my East-European accent over the years:

Your English is almost fluent, now you should improve your pronunciation and then you’d sound almost like a native English speaker!

You have a terrible accent bro; you should reduce your accent first and then start teaching others!

Ha-ha, what a strong Latvian accent, you should really be ashamed of yourself!

And here’s what I think about it:

I know for a fact that I speak fluently and I don’t care about my accent; fluency doesn’t necessarily imply one’s ability to speak with a native-like pronunciation.

One’s ability to teach their fellow foreigner English speakers on how to speak fluently and confidently rather depends on the ability to motivate the other person and help them unleash their true potential than on the teacher’s own perfection.

As for such openly rude remarks on my pronunciation as “your accent sucks” and similar – I simply ignore them.

I don’t allow it get under my skin for the simple reason that they’re not going to be helpful to me in any way, shape or form.

Even now when I’m working on my English pronunciation and accent as part of the accent learning missions, I’d simply let those naysayers voice their opinion and then move on in my accent practicing routine. The simple fact of life is that you’ll never be able to please everybody, and here’s a typical proof for that…

I recently finished my British accent mission, and my YouTube video comments were ranging from ‘you don’t sound British’ to ‘your progress is remarkable’.

So you’d think there’s something wrong with my entire AccentAdventure.com project as such if after 16 weeks of constant Received Pronunciation practice someone would post a comment saying that I don’t sound British at all?

Guess what – I know better than that!

Over the years I’ve come to realize that people’s opinions are widely different and I’d go mad if I tried to please everybody! Even if 99 people claimed that my British accent is quite good, there would always be that one person who’d say it’s utter rubbish!

Basically it’s IMPOSSIBLE to be equally good for everybody; you simply have to go with the opinion of majority of people around you and listen to constructive criticism instead of allowing naysaying to get the better of you!

Sure enough, not all criticism is equally as bad and nonsensical by its nature.

You sound ridiculous, you don’t even sound like an American!

Your overall ability to speak with the American pronunciation is quite good, but I think you don’t pronounce the letter ‘A’ properly in words such as ‘can’, ‘have’ and similar ones. Also, your ‘R’s should be more pronounced. Keep up the good work!

Now tell me, which one of these comments provides some criticism?

Well, I think it’s obvious they both reveal that my American accent doesn’t come up to standards, so there’s criticism in both of them.

Yet the way they treat the object of their criticism – which is ME as a person – is hugely different!

The first comment is nothing more than a nasty and rude way of telling me that my American pronunciation sucks.

It doesn’t provide any ACTIONABLE ADVICE on what EXACTLY is so bad about my accent.

It doesn’t give me a chance to improve, to change.

The second comment, however, is really, really helpful because it reveals what exactly I have to improve upon in terms of my American pronunciation, and more often than not even tiny little changes will bring about significant improvement of your target English accent and pronunciation!

It goes without saying that the first type of comments should be totally ignored. Don’t allow yourself get angry, and don’t try to prove the person in question anything. They won’t change their opinion anyway, and you’ll only waste your time and nerves in fruitless arguments. Time is so much better spent on improving your pronunciation, and that’s why you should only EVER act upon constructive criticism.

Look into the way American ‘A’ is pronounced in words like ‘can’, ‘have’, ‘bank’ and others, and incorporate it into your spoken practice sessions.

Also, try to pronounce your ‘R’s with a deeper, more throaty sound, and be mindful of these two adjustments you have to implement in your American pronunciation spoken practice.

Bear in mind though, that if you only do the 2 things as suggested by the person having provided you with the constructive criticism, your pronunciation might improve big time!

Basically what I’m trying to say is that prior to implementing the relatively small adjustments to your English pronunciation your speech might indeed be so-so, let’s say – your speech might resemble that of a native speaker by only 50%

A couple days on, however, you might have improved your English pronunciation by additional 20-30% ONLY by heeding to the right advice, and that’s exactly what I did during my Received Pronunciation Learning Mission, by the way.

I received a lot of feedback on my YouTube videos, and some of it didn’t have any sugar-coating. I didn’t take any offence however; I simply ACTED upon anything that was ACTIONABLE.

I ignored anything else.

Sometimes it’s baffling, but the fact remains that most of the time it’s going to be your fellow foreign English speakers who’ll tell you that your pronunciation isn’t good enough.

They’ll point out that you either roll your ‘R’s, or mispronounce the ‘Th’ sound, or they’ll just tell you that you’ll never get rid of the foreign accent in your English speech.

And you know what?

It’s quite weird – considering that most native English speakers (at least my experience tells me so!) will encourage you to keep improving your pronunciation by pointing out your ACHIEVEMENTS in terms of your accent reduction (well, I don’t really like using this term, but I guess it describes the concept best…) instead of bringing your imperfections to your attention!

Nonetheless, it’s a fact of life, and I clearly remember hundreds of offensive remarks posted all over the Internet when my fellow Latvian Gatis Kandis participated in Britain’s Got Talent last year. They were all our fellow Latvians ridiculing his alleged terribly hard Latvian accent which in fact isn’t that noticeable at all!

Gatis speaks fluent English and if you listen to his speech carefully, you’ll realize his pronunciation is very, very clear and he also has a tang of British accent added onto his speech.

Yet hundreds of our fellow Latvians were saying things like “he should have learned to speak without an accent first, he gives bad name to all Latvians” which is total nonsense!

I can say one thing for sure – anyone who says your English pronunciation is crap, haven’t developed theirs even to your level!

Any intelligent person having been working on their own pronunciation will realize how much work has gone into developing the skill of speaking in English fluently in the first place, let alone honing finer language aspects such as pronunciation and accent.

Decent folks will know better than offend someone just because they’re not PERFECT.

They’ll be fully aware of the fact that on most occasions, perfection in terms of pronunciation isn’t really possible, and they’ll also know that it’s totally hypocritical to judge others based on some ideal standards – especially if one hasn’t been able to attain such level of pronunciation themselves!

It’s pure ENVY and JEALOUSY that makes people be too critical of your speech, simple as that!

And even if you get the odd perfectionist criticize your foreign accent just because they’ve developed theirs to a very high standard, let them be. Let them live in their bubble of arrogance and self-righteousness.

As far as your English pronunciation development is concerned, you simply have to focus on what you can realistically achieve.

Listen to constructive criticism only.

Take actionable advice on board.

Implement one thing at a time.

And IGNORE everything else!

Next post: How to Pronounce the ‘Ash’ Sound [æ] in American English